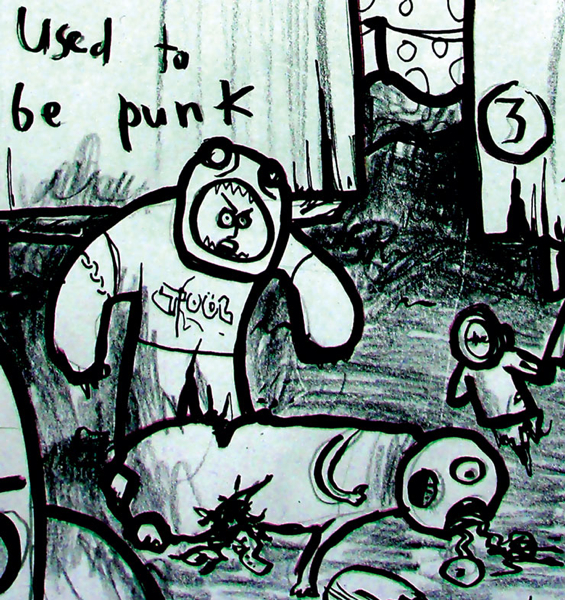 Artistic integrity, selling out, and pasta.

Over the next few months, I’m going to be involved in a couple of marketing / advertising / corporate gigs with my art. Being an old school, DIY-or-die punk rock type that loves my independence, this is something I spent a fair bit of time thinking about; am I going to be a sellout? Is this the first step in a decline where I am diluting my core ideals in exchange for a bit of temporary moolah?

The short answer, of course, is “yes”.

“Selling out is the compromising of integrity, morality, or principles in exchange for personal gain, such as money. In terms of music or art, selling out is associated with attempts to tailor material to a mainstream or commercial audience.”

Over the next few months, I’m going to be involved in a couple of marketing / advertising / corporate gigs with my art. Being an old school, DIY-or-die punk rock type that loves my independence, this is something I spent a fair bit of time thinking about; am I going to be a sellout? Is this the first step in a decline where I am diluting my core ideals in exchange for a bit of temporary moolah? 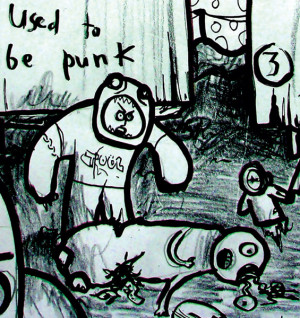 The short answer, of course, is “yes”. Yes, I’m going to knowingly pimp out my artworks to companies that will use them to imbue their products with a sheen of street appeal, and of course I’m going to get paid for it. Here’s the disclaimer, though: I think I’ve earned the right to sell out. Let me explain the grind I’ve been on, and why I think it’s high time I started getting paid a touch more for my efforts..

I’ve been selling paintings for 20 years, and have never sold one for more than a thousand dollars. (Which means the vast majority of people who buy my art have never bought a piece before, which I think is pretty cool.) Some of the steps I’ve gone through to make money off my art have been, well, extreme to say the least… I’ve sat on the side of the road selling my paintings (and been harassed by vagrants, drug dealers and the police in the process). I’ve had over 20 solo exhibitions in cafes, bars, shops, markets and community galleries (if you count, say, hanging five paintings in a dimly lit bar to be an ‘exhibition’). I’ve spent rent money on canvas, painted over old paintings, and bought paint over buying food. I’ve navigated public transport and Wellington winds while carrying multiple 30-40 inch canvases. I’ve scavenged painting materials from building sites and dumpsters.

At the same time, I’ve spent countless late nights working on my art after all day at a dead end job, then sold the resulting artwork for less than the price of the canvas it was painted on. I’ve painted walls under the light of the moon, in tunnels, abandoned buildings and around railway lines, and in the process I’ve been stalked and harassed by angry graffiti guys that didn’t like my shit and tag over my pieces, send me death threats, and pretend to be me on message boards. I’ve sent half a dozen paintings overseas with a promise they’d be sold, and never heard about them again. I’ve designed a dozen album covers and ten t-shirt designs, and 80% of them were unpaid. I’ve given away dozens of paintings, put them up on  ebay and Trademe for $1, and sold at least 300 artworks for less than $500. (I’ve removed a lot of these from my website while I tidy it up, but you can see some of them on my Facebook page for now.)

In short, I’ve worked my ass off in this discipline for a long time; but my income from art is still less than minimum wage. 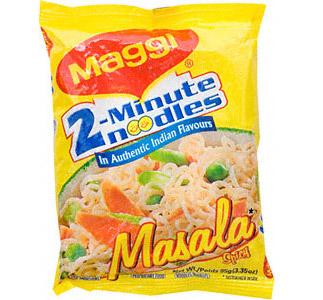 Alongside that grind I’ve had 30 different jobs along the way; everything from washing dishes, to making sandwiches, to holding a sign on a street corner. I’ve been working as a web designer for a few years, and either I’m not very good at it, or freelance web design just isn’t the well-paid career it appears to be. (Unfortunately I suspect it may be the former).

Now I’m in my mid-30s, and I have a wife, a toddler and a dog to support. The dream of living off my art is still there, though; and now that I’ve been getting some good publicity (shout outs to Reddit, CNN and the Central Leader!), there are more people prepared to pay me for my artistic input. And, in the same way that the Church used to support the great Renaissance artists, it is the corporate world that finances a lot of art in the 21st century. So if I have to engage with that world in order to support myself and my family..? So be it. The marketing staff are generally a really nice bunch of people to work with, and I learn a lot working with them. (Of course it helps that I’ve kind of been working in marketing – via web design – for over a decade, so I can switch to using that side of my brain quite easily.)

There are a few things I’m keeping under control, though. I won’t support any organization that I disagree with ethically. I will retain as much artistic control over my output as I can. And – most importantly – I’m going to make sure that each new project I take on is pushing me creatively, so that I continue to advance artistically (which has been the case so far). If it so happens that I can help support some interesting projects from forward-thinking companies, then so be it; it’s a fair trade-off for being able to do my dream job. The very fact that I can sit down and draw, and get paid for it, is an absolute blessing in itself.

So I find that, if I ever start to get any rebellious urges, all I really have to do is think back to other things I’ve done for money – mopping up someone’s vomit, breaking concrete up with a sledgehammer, scaling and gutting 30 fish in an afternoon, putting security tags on five hundred t-shirts – and be glad that I get to do something I love doing, and I actually get paid for it. And that right there is something that I will always be thankful for.

Plus, after 20 years of these piss-poor wages… I think I’ve earned a goddamn pay rise.