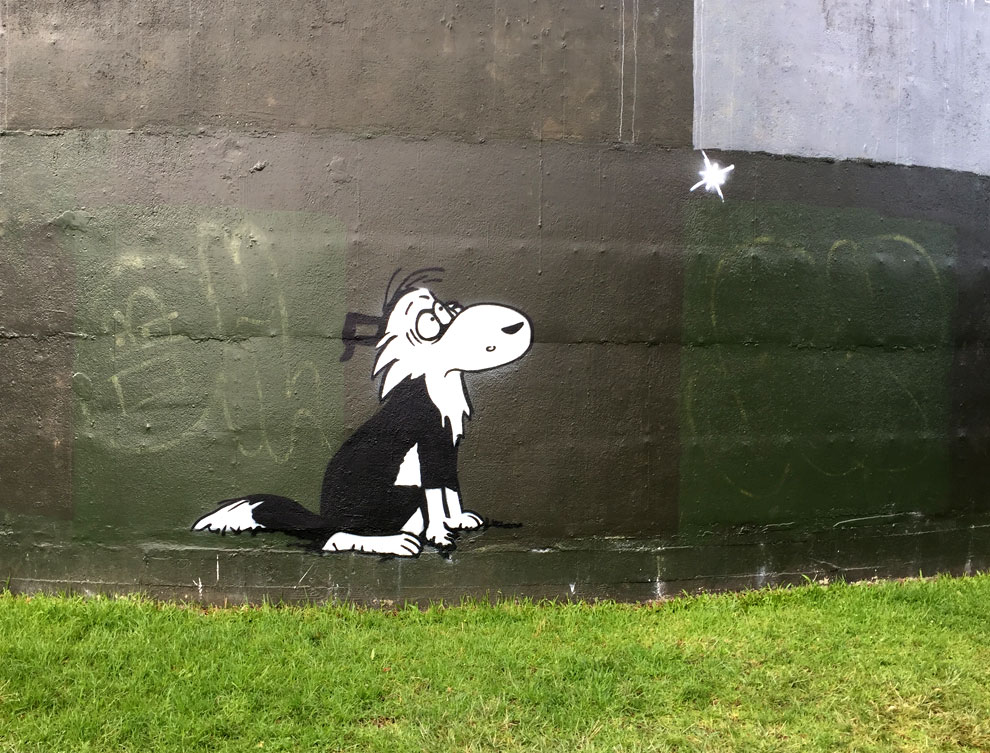 A week ago New Zealand lost one of our greatest cartoonists, Murray Ball. The night that I heard the news I went and painted a tribute to his primary character – the dog simply known as Dog – on a concrete water tower in our local dog park.

I didn’t publicise this at the time because it was done without permission, but the public response has been so overwhelming that I had to break my radio silence to give thanks. So thanks to Fairfax Media (Stuff / Central Leader), TV One and Ana Samways for the publicity; thanks to local politicians Julie Fairey, Michael Wood and Cathy Casey for petitioning Watercare to let it stay; thanks to Watercare for being good fellas and letting it stay (and not pressing charges!); and of course a huge thanks to the tens of thousands of people who left positive comments, likes and messages in response.

Murray Ball was an amazing cartoonist, I read every dog-eared copy of Footrot Flats multiple times, and it was an honour to create my own small tribute to his genius and the indelible imprint he left on life in these islands i call home. May he never be forgotten. Chur.